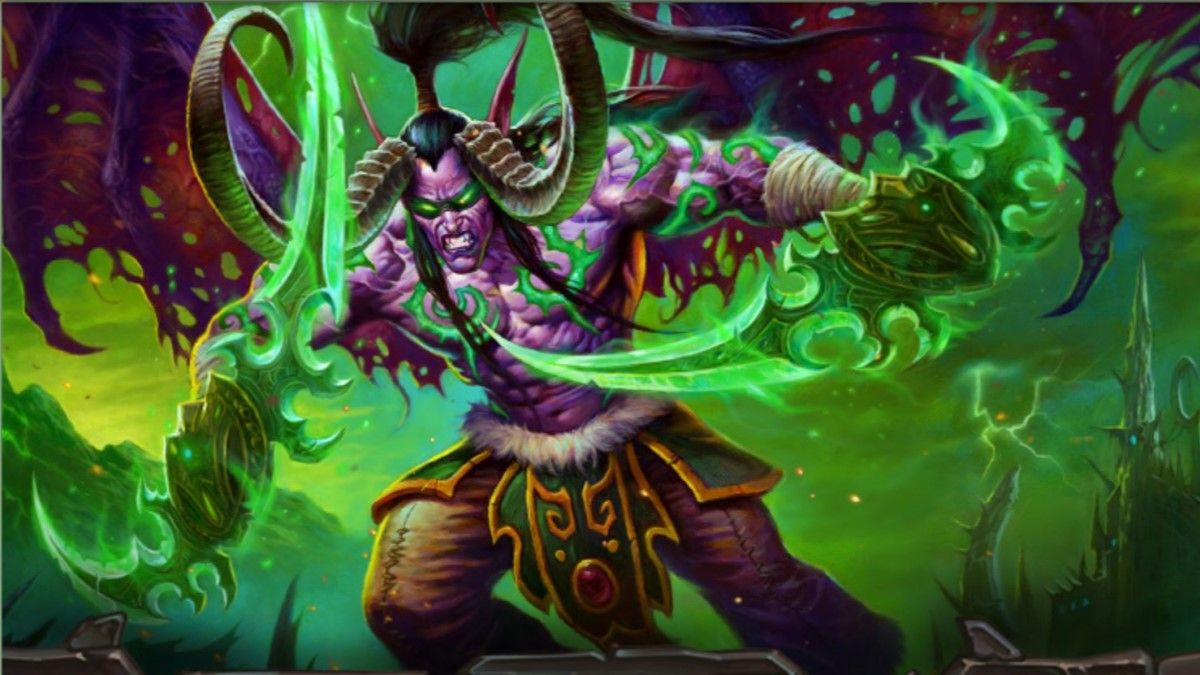 For the first time since it launched in March 2014, Blizzard has announced that Hearthstone will be getting an all new hero class: Demon Hunter. This will bring the total number of classes to ten.

The Demon Hunter class comes with a number of other firsts, including a one-cost hero power: Demon Claws that allows the Hero to gain one attack for the current turn. It can be used to attack both minions and heroes. Then there is the class-specific keyword ‘Outcast.’ Theses cards gain effects when they are played from either the left-most or right-most position in the player’s hand and promise to be pretty powerful.

This class is headed by Illidian Stormrage, the embittered and vengeful twin brother of Malfurion Stormrage, the basic Hero of the Druid class, set to be released on April 2, which is a week before the next expansion and Year of the Dragon rotation is scheduled to occur. According to their press release:

“The Demon Hunter will enter the fray on April 2 with a new prologue campaign consisting of four story-focused single-player missions, which retell Illidan Stormrage’s origin story from his perspective in the Hearthstone universe.

Players will earn the Demon Hunter upon completing the prologue and will receive, for free, all 10 Demon Hunter Basic cards, a 20-card Demon Hunter Initiate set (belonging to the Year of the Dragon for rotation purposes), and a pre-built Demon Hunter deck list—so long as they have an open deck slot. Starting with Ashes of Outland, 15 new Demon Hunter cards will be released with each future expansion in the Year of the Phoenix.”

This is another first, as players usually receive free booster backs in the weeks leading up to the release of a new expansion. Last year, before Witchwood, Boomsday Project and Rastakhan’s Rumble rotated out at the close of the Year of the Raven, all players received at least one free pack a day starting on March 26 at 23:59 PDT with a special series of daily quests. The updated list of revealed Demon Hunter cards can be found here.

Battleground enthusiasts will be happy to know that Illidian Stormrage will also be introduced as a selectable hero for that mode. His power is a passive ability that allows his rightmost and leftmost minions to attack first. This will be useful when used in conjunction with minions such as Goldrinn, the Great Wolf and the Spawn of N’Zoth which both have deathrattle effects that boost all other friendly minions.