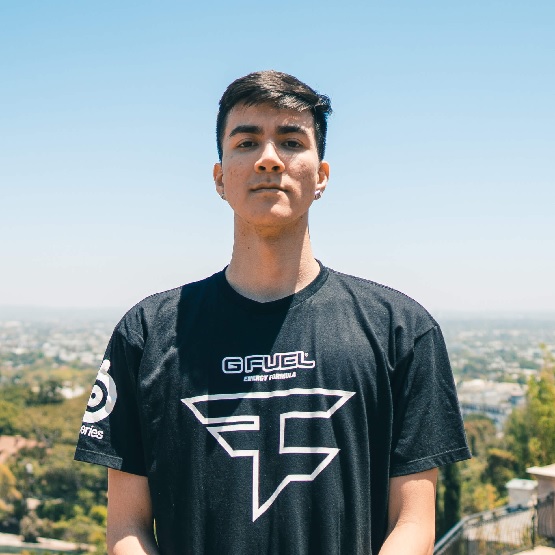 Jaomock was originally his brother's firends handle. His brother took it over when the friend discarded it. Brendon decided to copy his rother by using Jaomock249 and then shortened it later when his brother changed his tag.

"Jaomock has been playing video games since his brother introduced him to them when he was seven. He started playing Fortnite as soon as it released, after getting hyped about it from watching other streamers playing it during pre-release."

He started occassionally streaming H1Z1 for fun in December 2016, but onlyreally began to grind seriously in February 2018. He soon gained enough subscribers to feel that it was worth risking dropping out of colege to pursue his childhood dream of streaming fulltime. However, his father wasn't too excited about the idea and gave him an eight-month window in which to make it on Twitch. Fortunatley for him, he joined FaZe Clan in March 2018 and remained with them until the end of October 2019. He then signed with Vanguard Gaming in January 2020.

Jaomock is known for his fast building skills and agressive playstyle.