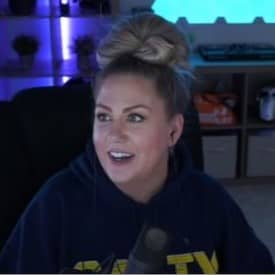 She has a dog, a cat and a bearded dragon.

Her chat commands say that, 'Sigma Σ chose her name (originally Sigma_Ink) from having her Master Black Belt in Six Sigma (6σ), a process improvement methodology.’

Sigma only got into gaming as an adult. After she and her husband bought their son a copy of Splatoon 2, he asked her to play with him. She did, and she was immediately addicted.

She started streaming Splatoon 2 in January 2018. She then later moved on to FPS games and has been maining EFT since May 2018.

Sigma is known for her friendly personality, chatting to her viewers, fps and team skills and co-streams. She is also known for founding and running Tarkov Streamer Battles.